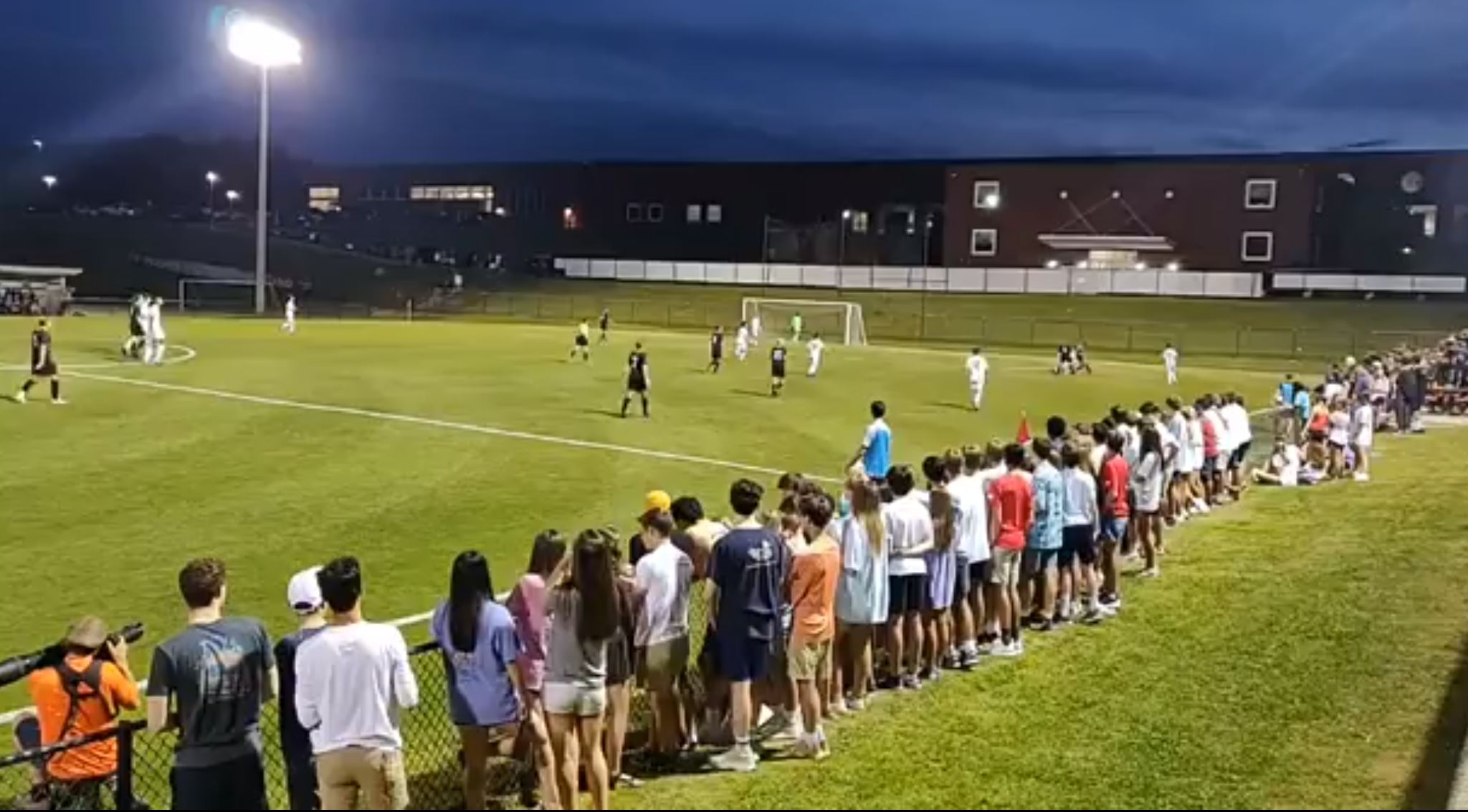 It is the postgame story no fan wants to see–the season ending one. And tonight we see just that, as the # 2 ranked Oak Mountain Eagles Varsity Boys Soccer team fell on the road to the # 1 ranked Hoover Bucs, 2-0 to end the season for Oak Mountain.

The contest was everything you would expect in the first 40 minutes, with the two heavyweights battling it out, and very few chances earned by either team. In the 64th minute, however, Hoover found an opening and squeezed in the game-winning shot.

Corbitt Grundhoeffer nearly provided the equalizer for the Eagles with 5 minutes to play as the ball was played to the right side, and he placed a shot just off the top crossbar.

Hoover scored a meaningless penalty kick with 15 seconds to go for the final margin.

Oak Mountain may have lost a contest, but they will never remain defeated. To the underclassmen, we expect big things from you in the future. Thank you to the coaching staff, coach DiPiazza, coach Lyon, thanks to the parents, the incredible student fan base of Oak Mountain High School, the administration, and thank you once again, Seniors. You laid the groundwork for future championships for Oak Mountain through your hard work, great play, and leadership. You will not be forgotten.