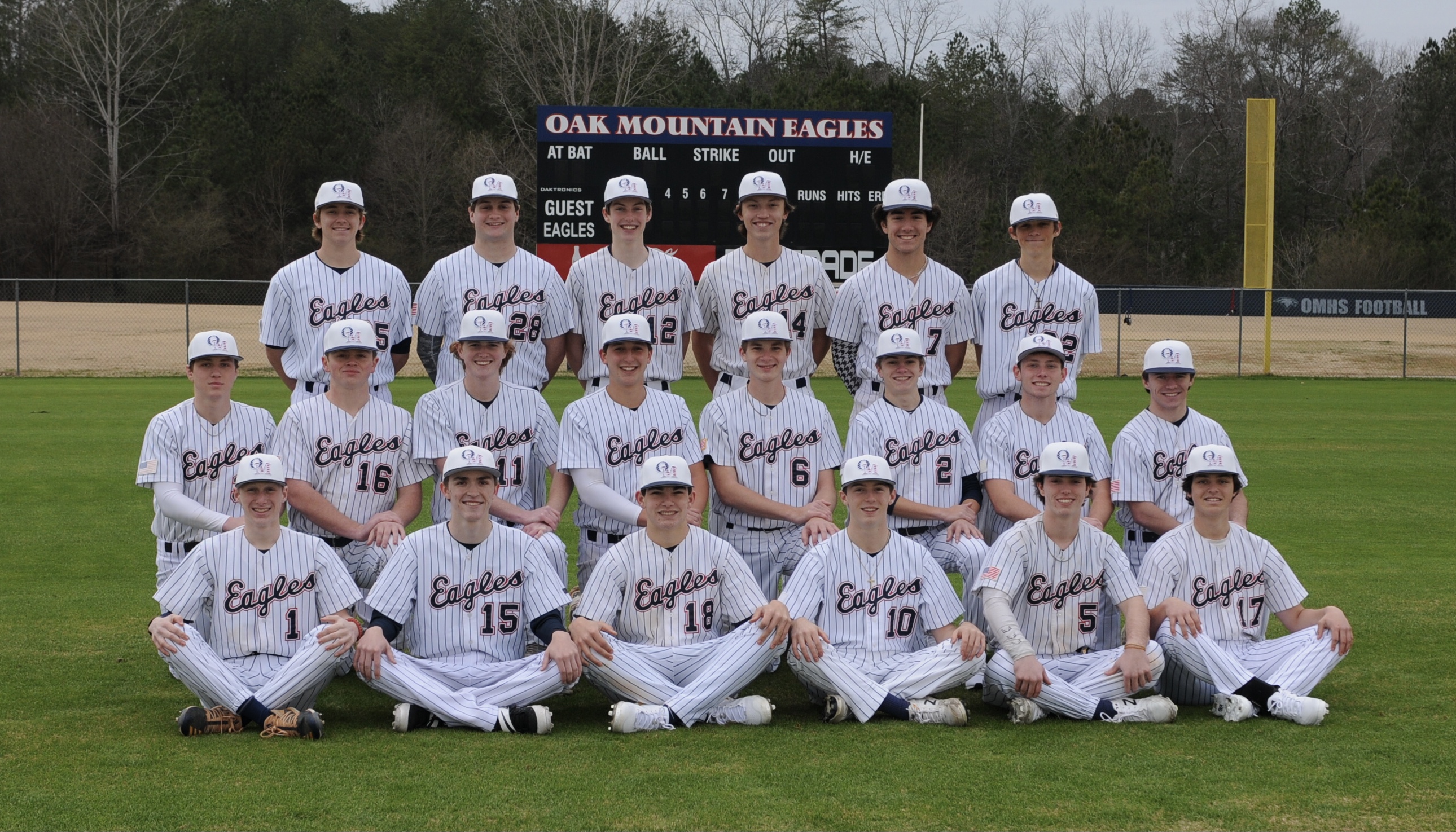 Oak Mountain Varsity Baseball opened the 2021 season with a 9-0 win over Pell City as Connor Adams and Luke Smith combined to shutout the Panthers.

The Eagles took an early lead in the bottom of the 2nd scoring 6 runs with 2 outs. Taylor Bush drew a 2 out walk. Cole Gangle stole second after coming in to pinch run for Bush and scored the first run on a single by Chapman Wallock. Joseph Tolbert, Stephen Moraski, and Mitchell Pierce drew consecutive walks to make the score 2-0. Davis Gillespie then provided the big blow with a Grand Slam home run to left-center field to push the lead to 6-0.

In the bottom of the 4th inning, Oak Mountain extended the lead to 7-0 when Moraski scored on a sacrifice fly by Andrew Hunt.

The Eagles scored their final 2 runs in the bottom of the 5th inning. Bush led off the inning with a single with Gangle coming in to pinch run again. After 1 out, Tolbert reached on an infield single, and he and Gangle advanced to second and third on a throwing error by the shortstop on the play. Moraski flew out to the right fielder, who made a diving catch in foul territory which allowed Gangle to tag up and score from third. Tolbert also tagged up and hustled to score all the way from second on the play.

Connor Adams got the start and the win for the Eagles, pitching 5 shutout innings giving up only 3 hits with 0 walks and 6 strikeouts. Luke Smith closed the final 2 innings with 0 runs on 1 hit, 1 walk, and 3 strikeouts.

Gillespie led Oak Mountain at the plate going 2 for 4 with a double in addition to the home run, 4 RBI, and scored 1 run. Hunt, Bush, Tolbert, Wallock, and Stone Evers all contributed a single each. Moraski had 2 RBI, and Wallock, Hunt, & Pierce 1 RBI each in the win. Moraski, Gangle, and Tolbert each scored twice, and Pierce & Wallock also scored for the Eagles.