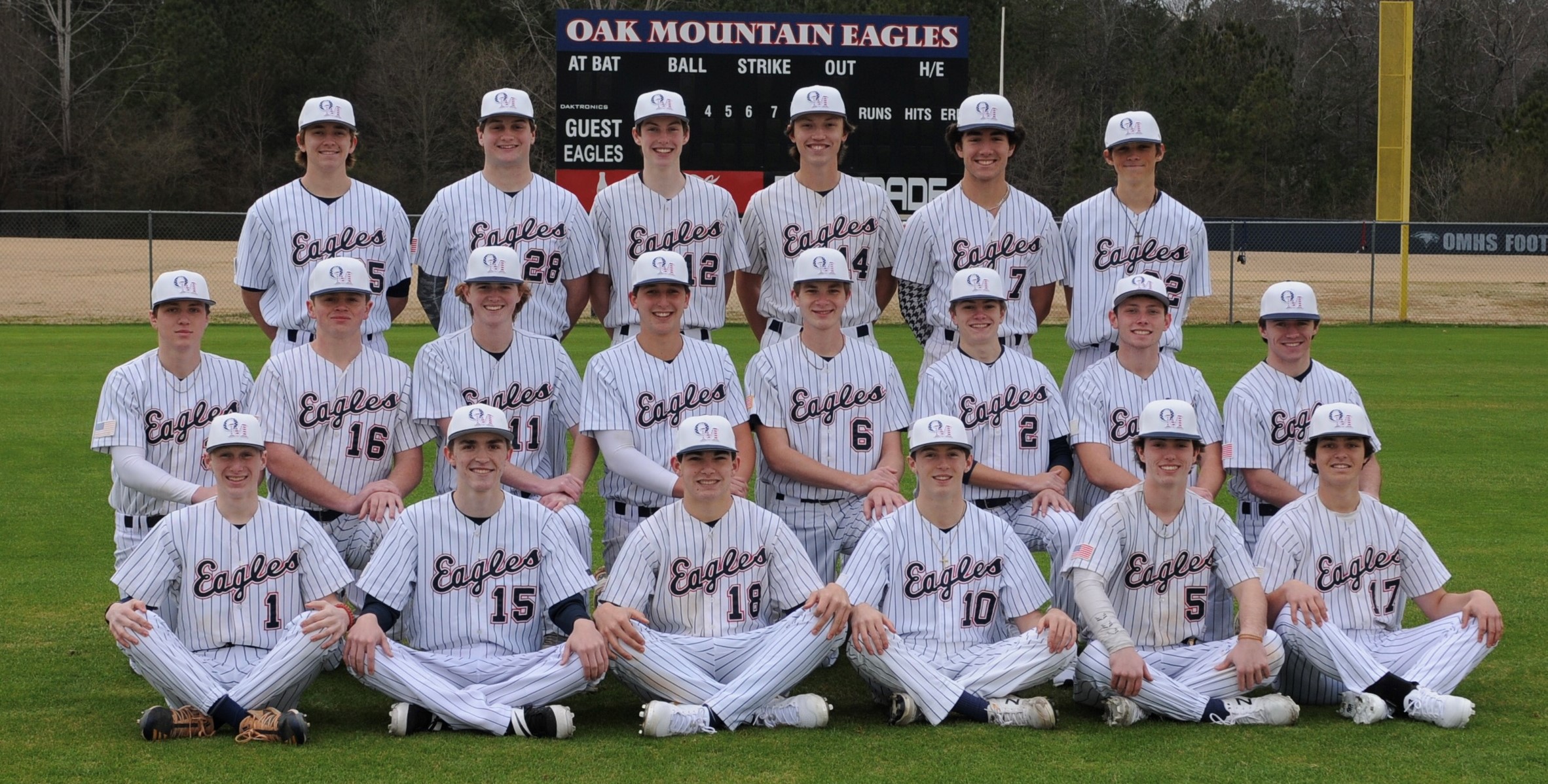 The game started on a good note for the Eagles as starter Connor Adams held the Warriors scoreless in the top of the 1st, and Oak Mountain loaded the bases in the bottom half of the inning with no outs. However, the Eagles’ next 3 batters struck out, and Oak Mountain could not push a run across.

The Warriors carried that momentum over to the top of the 2nd when they scored 4 times to take an early 4-0 lead. Thompson started the inning with a single, and a ground out to the pitcher moved the runner to second. Another single drove in the first run for the Warriors, and an infield single put runners at first & second. Those runners advanced to second & third on a wild pitch, and an Eagles’ throwing error allowed the runner from third to score to increase the lead to 2-0. A walk and a double made the score 3-0 Thompson, and a ground ball out to shortstop plated the final run of the inning.

Oak Mountain scored their only 2 runs of the game on solo home runs by Andrew Hunt to lead off the 3rd & 5th innings. In the 3rd, Hunt hit a home run to right-centerfield, and in the 5th he led off with a homer to left to make the score 4-2.

Thompson essentially put the game out of reach with 4 more runs in the top of the 6th inning. The inning began with a single, a walk, and a sacrifice bunt to put runners at 2nd & 3rd. Consecutive errors on the Eagles’ infield made the score 6-2. After a wild pitch advanced base runners to 2nd & 3rd, back-to-back singles brought in the final 2 runs of the game for the Warriors to make the final score 8-2.

Andrew Hunt led the Eagles offensively going 3 for 4 with a single, 2 home runs, 2 RBI, and 2 runs scored. Davis Gillespie & Maddox Macrory each had a double, and Drew Rowland & Stephen Moraski had a single each.

Connor Adams was the starter on the mound for Oak Mountain and went 5 1/3 innings, allowing 8 runs, but only 4 earned runs, on 7 hits, with 4 walks and 3 strikeouts. Drew Rowland pitched 2/3 of an inning allowing no runs on 2 hits, and Luke Smith threw 1 inning allowing 1 hit, 0 runs, with 1 strikeout.

Oak Mountain will try to even up the area record against the Warriors on Thursday afternoon at Thompson High School.