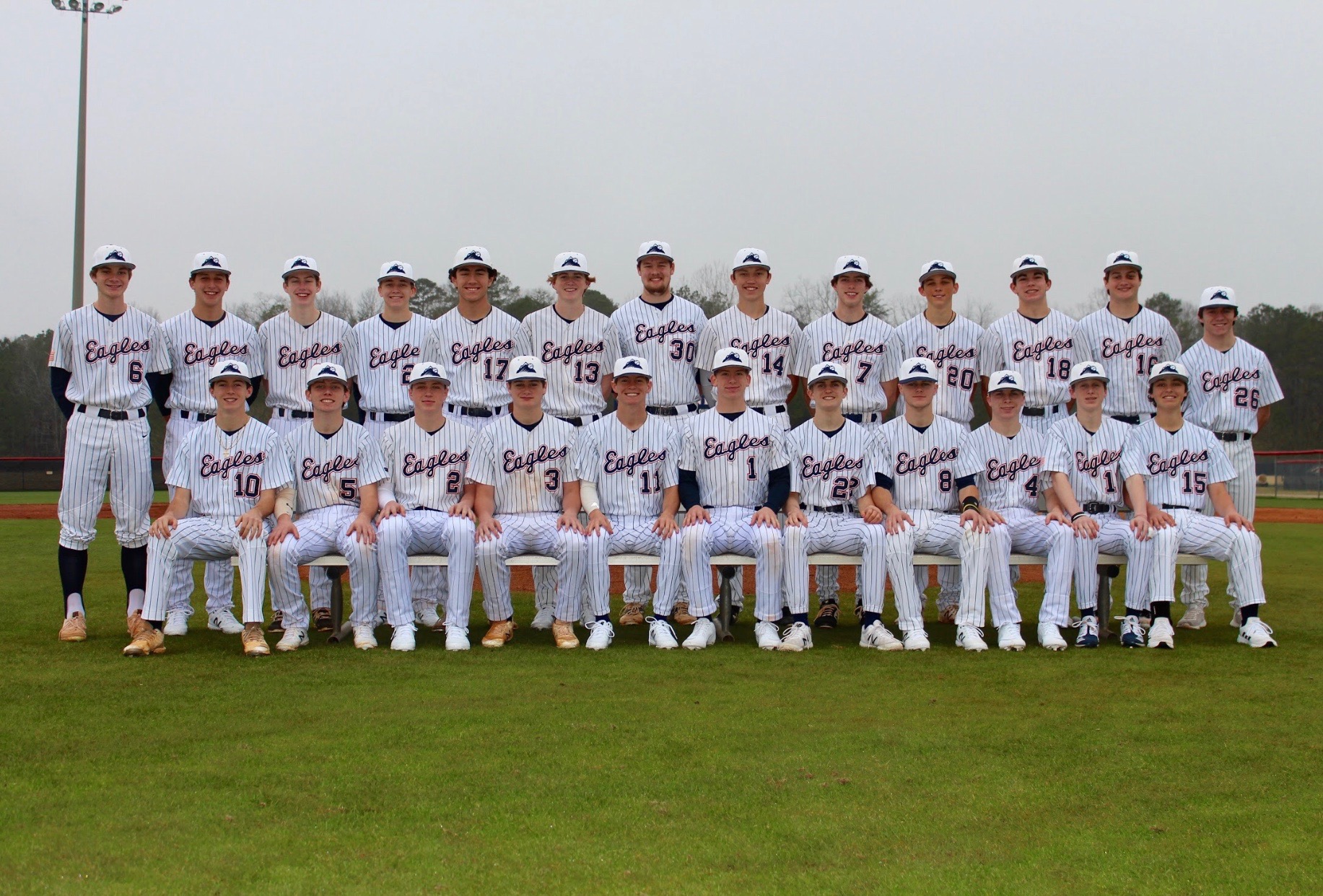 The Oak Mountain Eagles Varsity Baseball team traveled to Jacksonville State University Thursday for a double header against the 7A James Clemens High School Jets out of Madison, Alabama. Oak Mountain took the first game of the evening against the Jets 6-1.

After holding James Clemens scoreless in the top of the first, the Eagles grabbed a quick lead with 3 runs in the bottom of the inning. Jake Rivers, Mitchell Pierce, and Davis Gillespie started the inning with walks to load the bases with no outs. After Rivers scored on a passed ball, Cole Sester singled to bring in Pierce to make the score 2-0. Andrew Hunt then grounded into a fielders choice scoring Gillespie for the early 3-0 lead.

Oak Mountain added one more run to the lead in the bottom of the second. With 2 outs, Rivers walked, Pierce singled, and Gillespie followed with a single to left to plate Rivers.

The Jets then got that run back in the top of the 3rd inning. After 1 out, James Clemens got a runner on by hit by pitch, followed by a single and a sacrifice fly to score their only run of the game.

The Eagles finished their scoring with 2 more runs in the bottom of the 3rd. Hunt led off the inning with a single, and then Stone Evers got hit by a pitch to put runners at 1st & 2nd. After Drew Rowland sacrificed the runners over, Hunt scored on a passed ball, and Evers scored when Steven Moraski tripled to right field. Oak Mountain’s pitching and defense, including a double play to end the game, made the 6-1 lead hold up from there.

Cole Sester got the start for the Eagles and threw the complete game for the win. He only gave up 4 hits, 1 run, and struck out 3.

Moraski led the Eagles hitting with 2 hits, including the triple, and 1 RBI. Pierce, Gillespie, Sester, and Hunt also had hits, and Gillespie, Hunt, and Sester also contributed 1 RBI each.