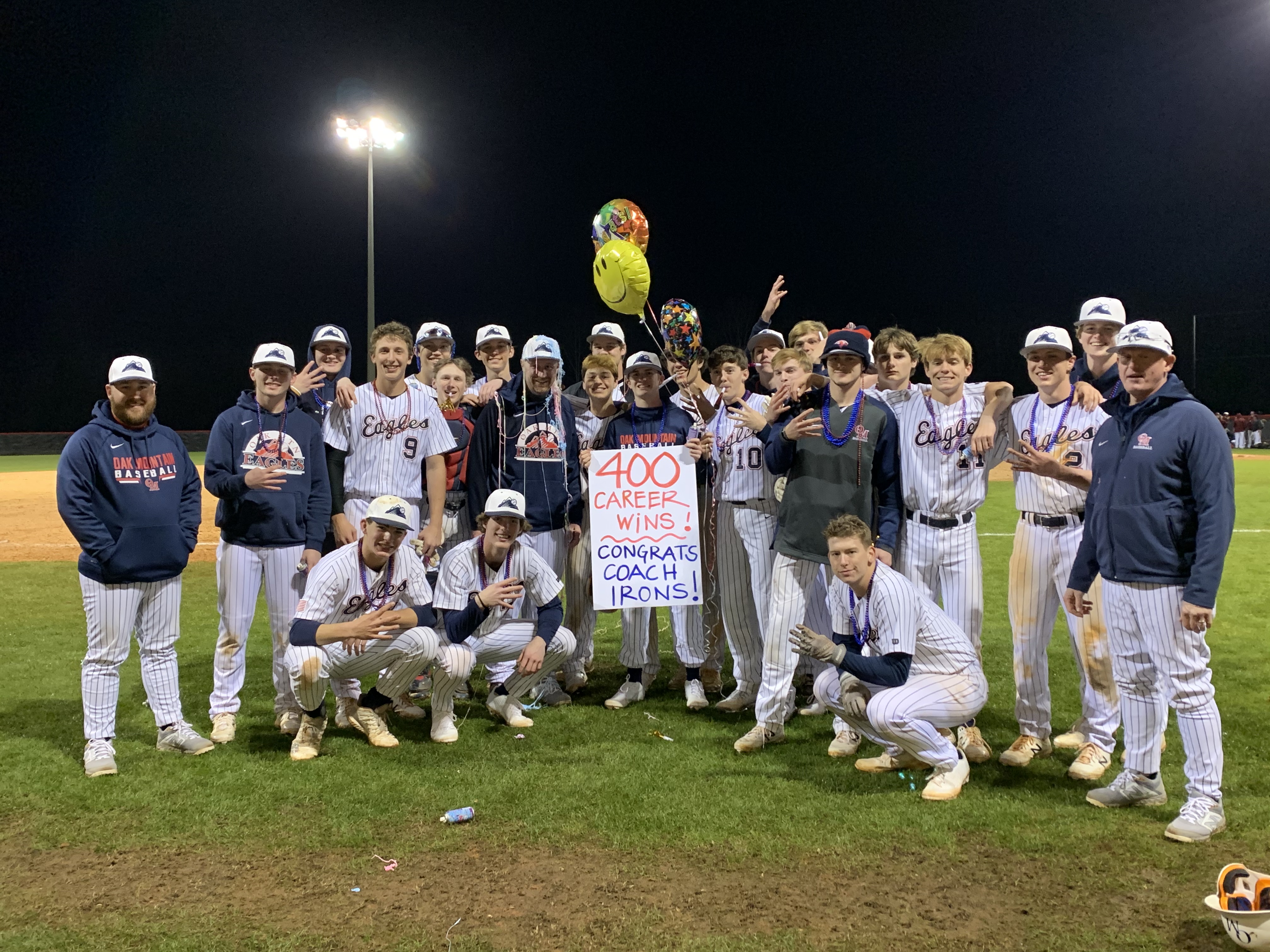 The Eagles extended the lead to 7-0 in the 3rd. With 2 outs, Hunt singled, and Stone Evers doubled. Hunt then scored when Moraski reached on an error. Derecki doubled scoring Moraski and Zach Taylor, who was pinch running for Evers. Derecki scored the final run of the inning when Parker Campbell reached on an error.

In the bottom of the 4th, Davis Gillespie doubled with one out, and Cole Sester followed with another double to score Gillespie. Hunt reached on an error, and Evers singled.
Sester then scored on a fielder’s choice by Moraski. Derecki then singled in Hunt, and Oak Mountain led 10-0 at the end of 4 innings.

The Panthers cut the lead to 10-2 in the top of the 5th. In the bottom of the 5th, Pierce led off with a single and Gillespie then doubled. Sester then hit a hard ground ball forcing an error scoring Pierce. Gillespie scored on a wild pitch to end the game, 12-2.

Stone Evers started on the mound and went 4 innings to get the win, allowing 0 hits, 0 runs, and striking out 10. Jackson Swarts came on in the 5th, giving up 2 runs on 1 hit, with 3 strikeouts.

Oak Mountain out hit the Panthers 11-1. Jake Derecki led the Eagles at the plate, going 3-3 with a double and 4 RBI. Cole Sester had 2 hits, including a double, and 3 RBI. Stone Evers also had 2 hits including a double, Davis Gillespie had 2 doubles, Andrew Hunt & Mitchell Pierce had 1 hit each, and Stephen Moraski added an RBI. Pierce, Sester, Hunt, & Gillespie scored 2 runs each for the Eagles.

With the win, Coach Derek Irons claimed his 400th career victory, with 123 of the wins coming at Oak Mountain. Congratulations Coach Irons!